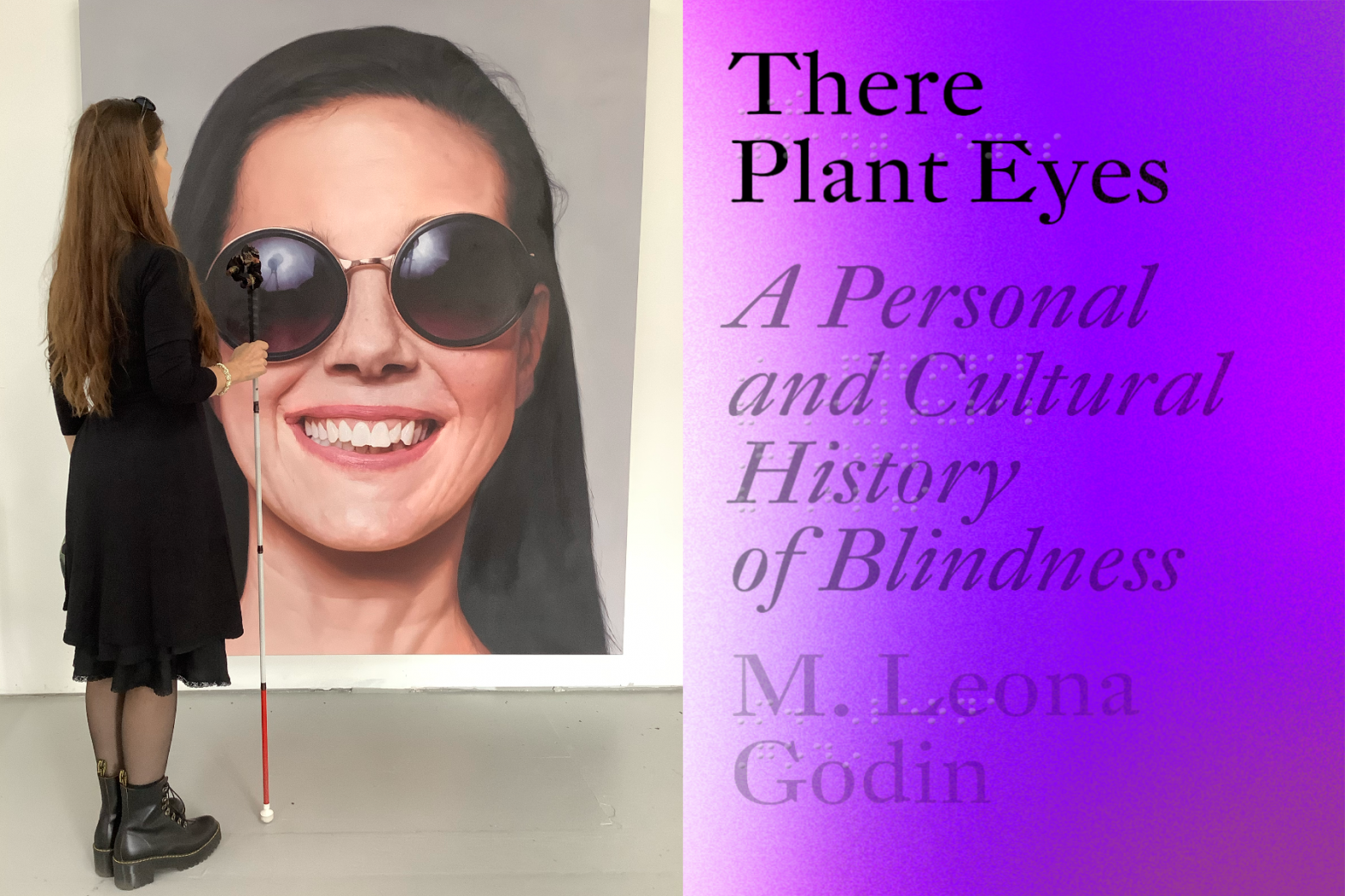 From Homer to Helen Keller, from Dune to Stevie Wonder, from the invention of braille to the science of echolocation, M. Leona Godin explores the fascinating history of blindness, interweaving it with her own story of gradually losing her sight.

There Plant Eyes probes the ways in which blindness has shaped our ocularcentric culture, challenging deeply ingrained ideas about what it means to be “blind.” For millennia, blindness has been used to signify such things as thoughtlessness (“blind faith”), irrationality (“blind rage”), and unconsciousness (“blind evolution”). But at the same time, blind people have been othered as the recipients of special powers as compensation for lost sight (from the poetic gifts of John Milton to the heightened senses of the comic book hero Daredevil).

Godin—who began losing her vision at age ten—illuminates the often-surprising history of both the condition of blindness and the myths and ideas that have grown up around it over the course of generations. She combines an analysis of blindness in art and culture (from King Lear to Star Wars) with a study of the science of blindness and key developments in accessibility (the white cane, embossed printing, digital technology) to paint a vivid personal and cultural history.

A genre-defying work, There Plant Eyes reveals just how essential blindness and vision are to humanity’s understanding of itself and the world.

Available at your favorite bookstore!

M. Leona Godin is a writer, performer, and educator who is blind. Her writing has appeared in The New York Times; Playboy; O, The Oprah Magazine; and Catapult, where she writes the column, “A Blind Writer’s Notebook.” She was a 2019 Logan Nonfiction Fellow and has written and produced two theatrical productions: The Star of Happiness, based on Helen Keller’s time performing on vaudeville, and The Spectator & the Blind Man, about the invention of Braille.

She founded the online magazine Aromatica Poetica as a venue for exploring the arts and sciences of smell and taste; not specifically for, but welcoming to, blind readers and writers. She holds a PhD in English Literature from NYU and has lectured on art, accessibility, disability, and technology at NYU’s Tandon School of Engineering, Rice University, and the American Printing House for the Blind, among other venues.

Audiobook read by me!

Praise for There Plant Eyes

“‘The dual aspects of blindness—that it is a tragic horror on the one hand and a powerful gift from the gods on the other—remain stubbornly fixed in our cultural imaginations,’ Godin, a blind writer and performer, asserts in this thought-provoking mixture of criticism, memoir, and advocacy.” —The New Yorker

“There Plant Eyes is so graceful, so wise, so effortlessly erudite, I learned something new and took pleasure in every page. All hail its originality, its humanity, and its ‘philosophical obsession with diversity in all its complicated and messy glory.’”
—Maggie Nelson, author of The Argonauts
“Godin guides readers through the surprising twists and turns in Western blind history, from ancient seers to contemporary scientists. The lively writing style and memorable
personal anecdotes are delightful. This book is a gift to both blind and sighted readers.”
—Haben Girma, human rights lawyer and author of the bestseller Haben: The Deafblind Woman Who Conquered Harvard Law
“This sighted disabled person learned so much from There Plant Eyes! The book took me on a cultural journey that showed how blindness is beautiful, complex, and brilliant.”
—Alice Wong, Editor, Disability Visibility: First-Person Stories from the Twenty-First Century
“In the fascinating There Plant Eyes, Leona Godin moves effortlessly from erudite explorations of the construction of ‘blindness’ in the times of Homer and Milton; to incisive and often funny examinations of technology that helps—or does not—the blind individual; to personal stories of her own life as a writer and performer. I was only a few pages in before I realized that what I thought about being blind was either wrong or woefully insufficient. The reader will be lost in admiration for the breadth and sweep of Godin’s gifts as a writer and cultural critic.”
—Riva Lehrer, author of Golem Girl: A Memoir
“I’ve been waiting most of my life for a book like There Plant Eyes to demystify what it means and doesn’t mean to be blind. With eloquence and wit, M. Leona Godin articulates what our culture has gotten wrong for centuries. Blindness, she makes clear, is a feature, not merely a difference. I’ll be recommending this book every chance I get.”
— James Tate Hill, author of Blind Man’s Bluff
“We are inevitably blind to realities outside our own experience, and it takes a sensitive writer like Godin—with her poet’s ear—to give insight into sightlessness.”
—David Eagleman, neuroscientist at Stanford, author of Livewired
“…erudite, capacious…As Godin wonderfully shows, we’ve come a long way in our quest to understand what blindness means.”
––Kirkus Reviews

“By turns heartfelt and thought-provoking, this is a striking achievement.”
—Publisher’s Weekly (starred review)