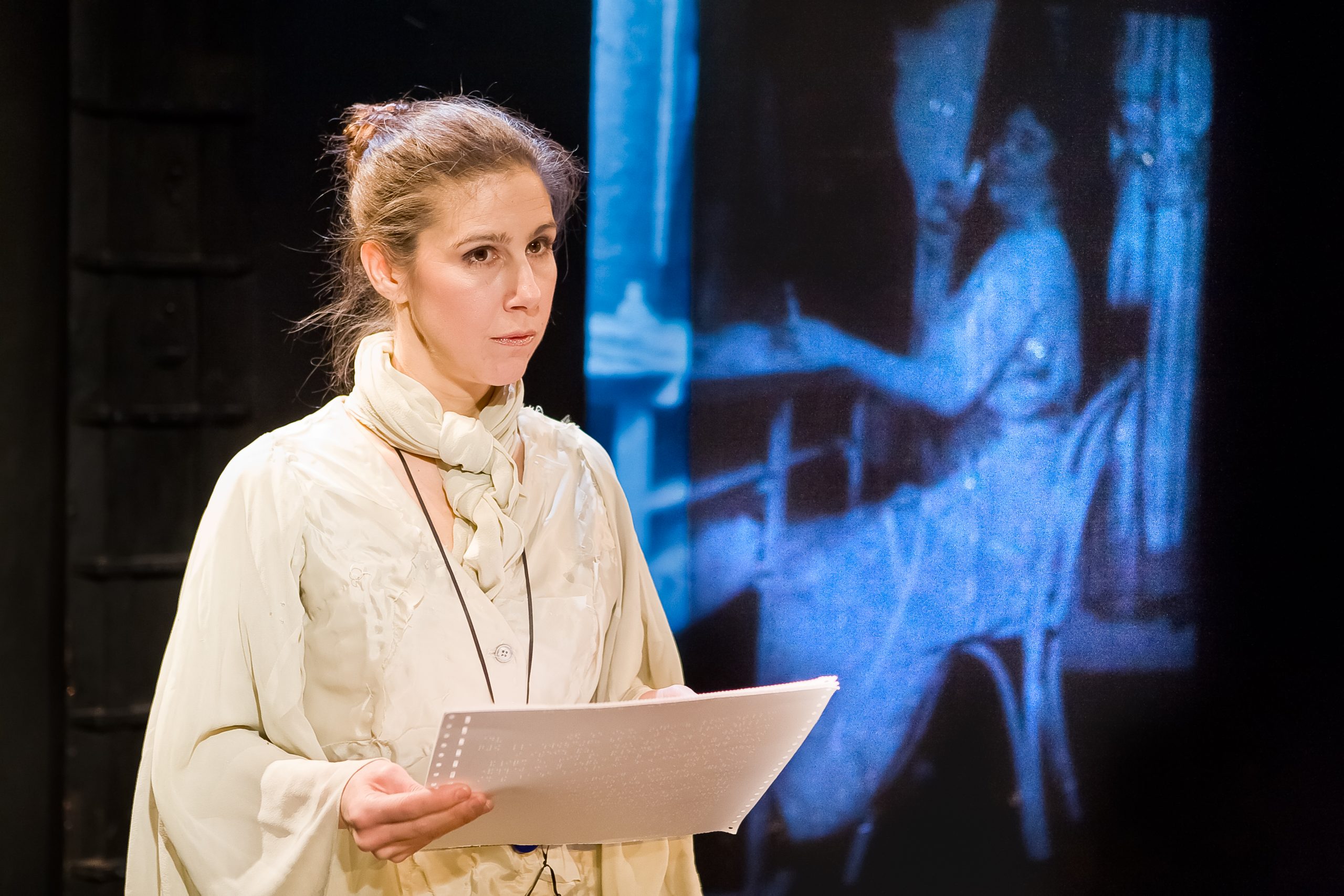 Helen Keller was born on this day-, June 27, 1880, in Tuscumbia Alabama, so I thought I’d celebrate her birthday with a brief passage and reading from “Helen Keller in Vaudeville and in Love,” which is Chapter 11 of There Plant Eyes. In this section I relate my own experience performing in open mics and variety shows in New York City to Keller’s four year stint  (1920-24) doing the vaudeville circuit across the country. She describes those years in Midstream: My Later Life, from which the following quotes are taken.

The World of Vaudeville

“I found the world of vaudeville much more amusing than the world I had always lived in, and I liked it,” writes Helen Keller. “I liked to feel the warm tide of human life pulsing round and round me.” She describes how she was “often admitted to the dressing rooms of the other actors,” and says that “many of them let me feel their costumes and even went through their acts for me.”

I love imagining Keller putting her hands on the bodies and faces of the other performers. It reminds me of how welcoming the Art Stars of the Lower East Side were when I first started frequenting the open mics with my guide dog. These were called open mics, but “open stages” would probably be the better term, taking place in black box theaters several nights a week. They were open to all kinds of performance—with and without mic—from comedy to dance, performance art to political rants, instrumental music of all kinds to monologues in the nude. I’ve since seen how rare is the stage that brings together so many kinds of performers, and realized how precious the experience was for someone who’d thought she could never be an artist.

There is something inclusive about performers—who often see themselves as outsiders and fellow freaks, rather than as able-bodied superiors. When so many come together to enact their dreams in the most sublime and ridiculous ways, there is little room for discrimination.

Keller became friendly enough with her fellow performers to see beyond the glamour to the sadness: “The thought often occurred to me that the parts the actors played was their real life, and all the rest was make-believe. I still think so, and hope it is true, for the sake of many to whom fate is unkind in the real world.” Though she ends this part of her autobiography admitting that she can “conceive that in time the spectacle might have grown stale,” she assures her readers, “I shall always be glad I went into vaudeville, not only for the excitement of it, but also for the opportunities it gave me to study life.”

Video description: I’m sitting in front of my computer, reading by ear. I’m  wearing a black beaded sweater and purple sunglasses. Behind me is a purple wall with a shelf that cradles pink and peach colored roses and my book, There Plant Eyes.