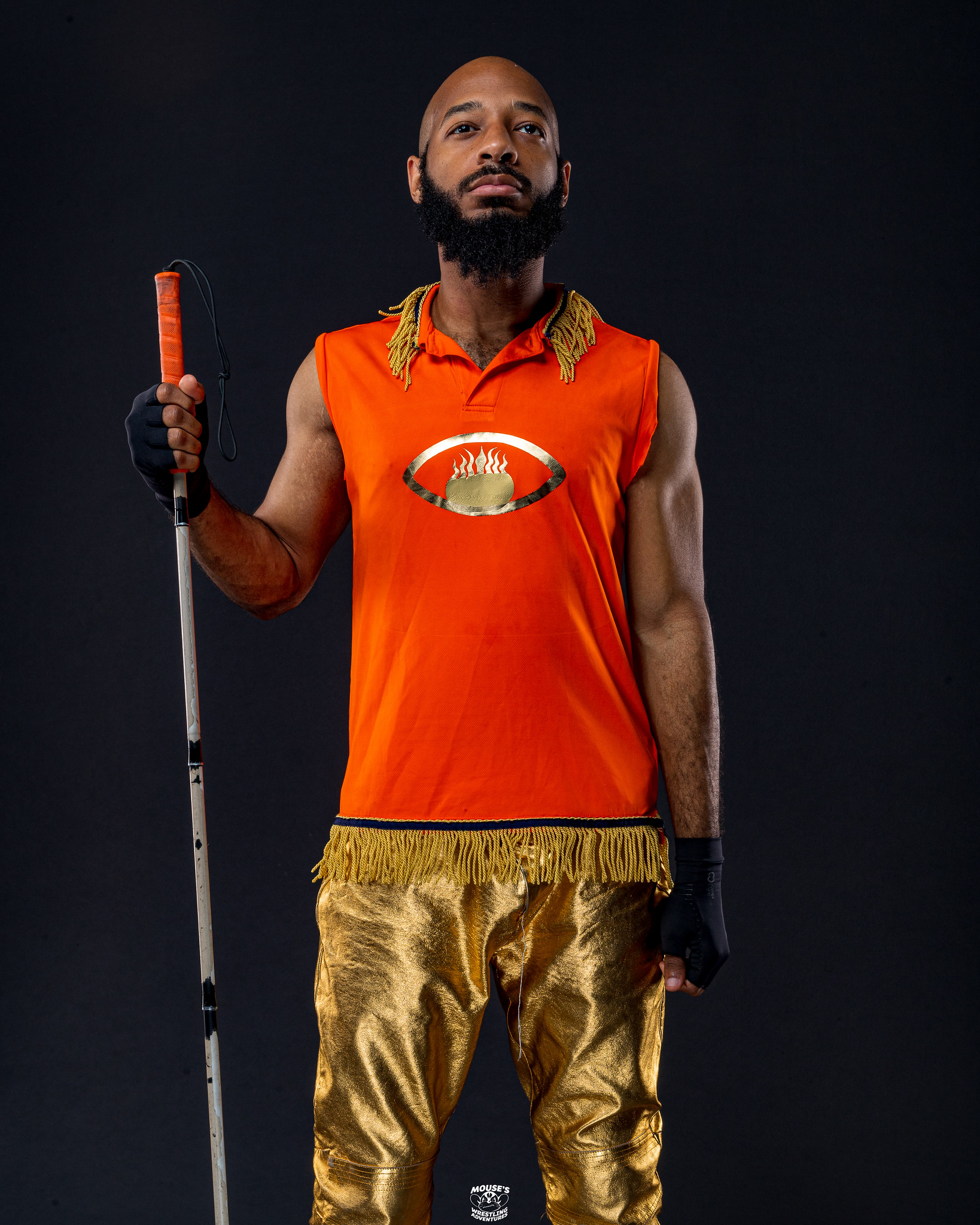 In “Sanctified by Affliction, or Not” (Chapter 12 of There Plant Eyes), we meet Darren Harbour, a blind actor, dancer, model, stand-up comedian, massage therapist, and wrestler. Yes, you heard right: Darren is a wrestler whose ring name is “The Inspirer,” and whose tagline is “Look, listen, and feel me!”

I first met Darren in 2013 when I presented my work at the American Printing House for the Blind (APH) in Louisville, Kentucky. The presentation was part reading, part interview by its museum director Mike Hudson. That afternoon, I read selections from “The Star of Happiness,” my solo show about Helen Keller’s time performing in vaudeville, and from “The Spectator and the Blind Man,” about the “very sexy” history of the invention of braille. Later, APH treated myself and a select group of the community—most of whom were members of the theatrical reading group at APH—for lunch. I remember distinctly being impressed when Darren stood up and recited a bit from his most recent performance. Since then we’ve stayed in touch. 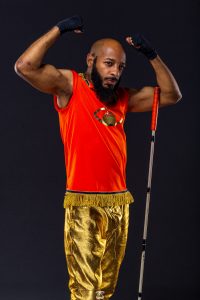 In 2017 I interviewed him for a piece on (literal) blind dating I wrote for Playboy: “The Unseen Sex Lives of Blind People.” Parts of that piece were worked into my chapter on sex and blindness called “Sanctified by Affliction, or Not.”

Darren founded a blind and visually-impaired theater group called Imagine Blind Players, who put on performances that were full of action. He and his fellow actors did not shy away from choreographing such things as dance numbers and fight scenes. When the 2020 COVID quarantines closed down theater as well as his massage therapy practice, he decided to do something totally new—or perhaps less new than it might seem.

Having spent years taking classes in martial arts and circus, it probably shouldn’t have surprised me that Darren would take up professional wrestling, but it did. At first I thought he meant traditional wrestling that many blind people have done in the past. One of my blind spirit guides in TPE is Jacob Twersky who was among several early to mid-twentieth-century blind guys who wrestled competitively in the New York area with quite a bit of success, as detailed in Men Without Fear: Blind Wrestlers of the Bronx.

That actually made more sense to me because it seems so performative. “So what’s your ring name?” I asked.

“The Inspirer,” he told me. 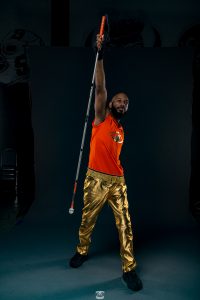 Although many of us blind are wary of being thought of as an “inspiration,” because it too often allows nondisabled people to feel uplifted without actually having to change their ableist attitude or behavior, Darren embraces his role as “The Inspirer. ““I want to open the minds of blind people all over the world that you are not limited to your disability because this world has a lack of accessibility,” Darren told Spectrum News 1.

He notes that people love calling us inspiring, while refusing to admit that the world is not inclusive. Darren is reclaiming the word inspiring, refashioning it to be more meaningful: “How about you see what a real inspiration is? Start accommodating these spaces, these sports, and these jobs. disability is a lack of accessibility. The illusion of inclusion is the real liability.”

Besides, the audience loves shouting out each syllable of “Inspiration!’ and clapping: Clap, clap, ClapClapClap.”

One of his many wrestling monikers is “The Icon of Inclusivity,” and one of his catch phrases is “I walk by faith and not by sight.”

Lest you think Darren’s all words, I should remind you that wrestling is extremely physical and not a little dangerous. He described his “finisher,” which is “the move that everyone taps out to,” and it’s called—wait for it—the “Blindfold.”

“The Blindfold is a submission hold,” he explained. “It’s a Jujitsu leg lock  pinning their legs and ankles with my hips, then gripping a cravate lock with my knuckles on their eyeballs while wrenching back on their neck.”

“Oh, right,” I said, “basically threatening eye gouging if they try to move!”

“Victory is blind,” he agreed.

With help from his talented brothers and sisters, he’s created his theme music and costume, which he described for me: “Boots black leather, black fingerless gloves. I’m brown-skinned and  my hair on top is almost bald and I have a full beard. My pants are gold metallic pleather. They’re a little baggy, almost what you would dance in. my shirt is an orange polo with the sleeves cut completely off. The  collar has gold fringes sewn along the edges and blue ribbon on top—same thing along the hem. Center of the shirt is my logo: the shape of an eye: it’s gold, and in the center of the pupil is a gold flame with seven gold flame spokes. On the back it’s a bigger gold eye, and instead of the pupil it says “Inspirer” with seven gold flame spokes behind the word.” 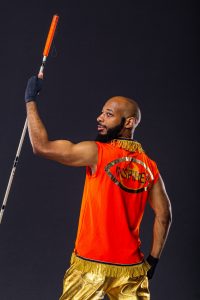 At 5 feet 8 inches and 144 pounds, blindness is not the only thing contributing to Darren’s underdog status in the ring. “I’m little,” he said. “I’m Height and sight challenged.” In his last time in the ring, he got jumped and choked out with his own cane. , he admits, “I got the shit beat out of me.”

Undaunted he continues to train three times a week at Grindhouse Pro Wrestling Academy in Jeffersonville, Indiana (across the Ohio river from Louisville). He’s  ready and waiting for a worthy opponent, but first he must fight the powers that keep him out of the ring, calling him a liability. With his Background in Brazilian Jujitsu, judo, karate, and amateur wrestling as well, when he finally gets his chance, he’s bound to prevail…