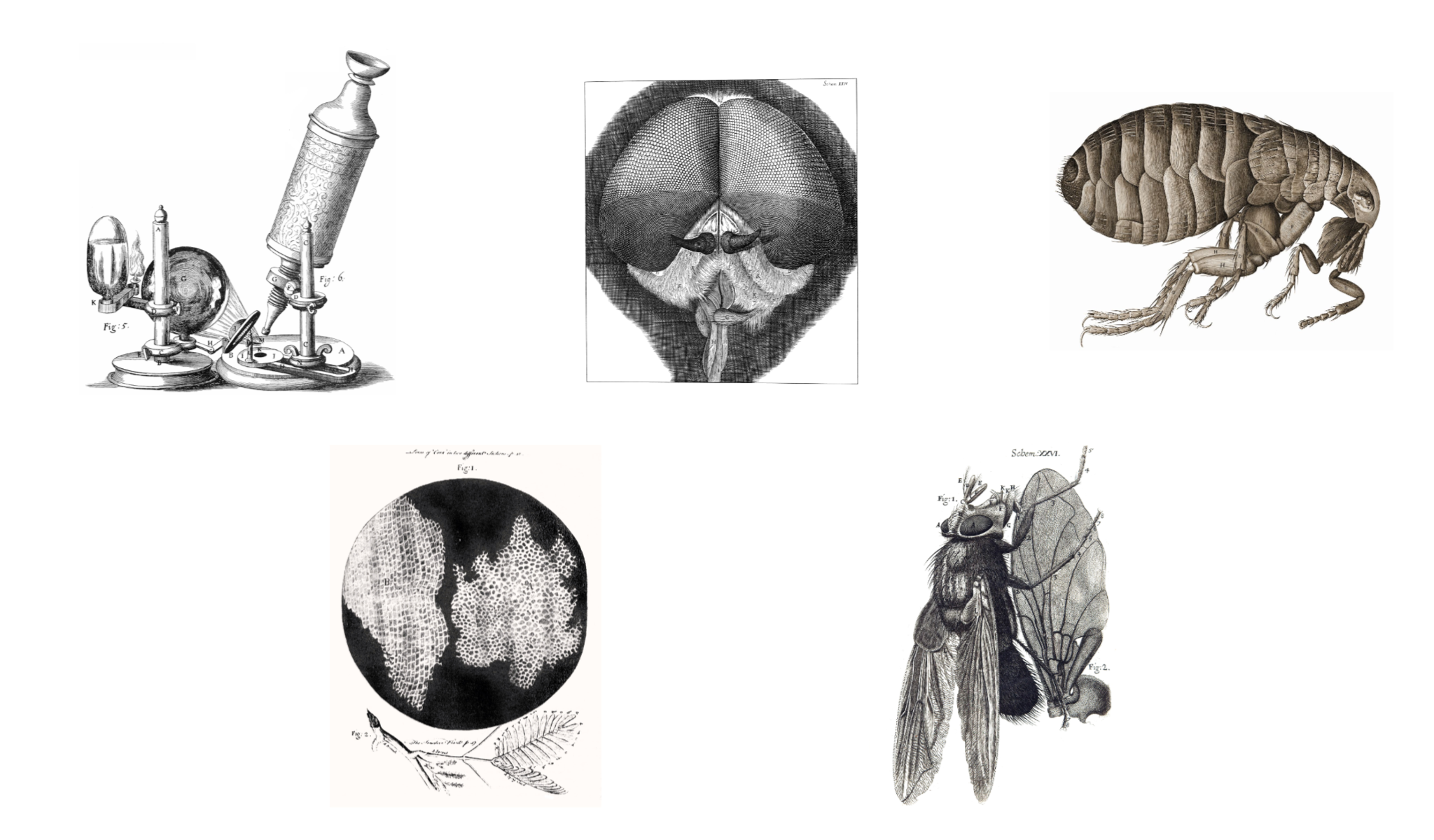 Chapter 5, “Telescopes, Microscopes, Spectacles, and Speculations,” brings There Plant Eyes into the world of Early Modern science. Galileo, Bacon, Hooke, and Descartes are just some of the authors we meet in this chapter that makes connections between technologies of seeing, our inherent human sensory limitations, and the roots of Western culture’s pervasive  ocularcentrism. (#DownWithOcularcentrism!)

“I was frequently rallied by the queen upon account of my fearfulness; and she used to ask me whether the people of my country were as great cowards as myself? The occasion was this: the kingdom is much pestered with flies in summer; and these odious insects, each of them as big as a Dunstable lark, hardly gave me any rest while I sat at dinner, with their continual humming and buzzing about mine ears. They would sometimes alight upon my victuals, and leave their loathsome excrement, or spawn behind, which to me was very visible, though not to the natives of that country, whose large optics were not so acute as mine, in viewing smaller objects. Sometimes they would fix upon my nose, or forehead, where they stung me to the quick, smelling very offensively; and I could easily trace that viscous matter, which, our naturalists tell us, enables those creatures to walk with their feet upwards upon a ceiling. I had much ado to defend myself against these detestable animals, and could not forbear starting when they came on my face. It was the common practice of the dwarf, to catch a number of these insects in his hand, as schoolboys do among us, and let them out suddenly under my nose, on purpose to frighten me, and divert the queen. My remedy was to cut them in pieces with my knife, as they flew in the air, wherein my dexterity was much admired.” –Jonathan Swift, Gulliver’s Travel’s