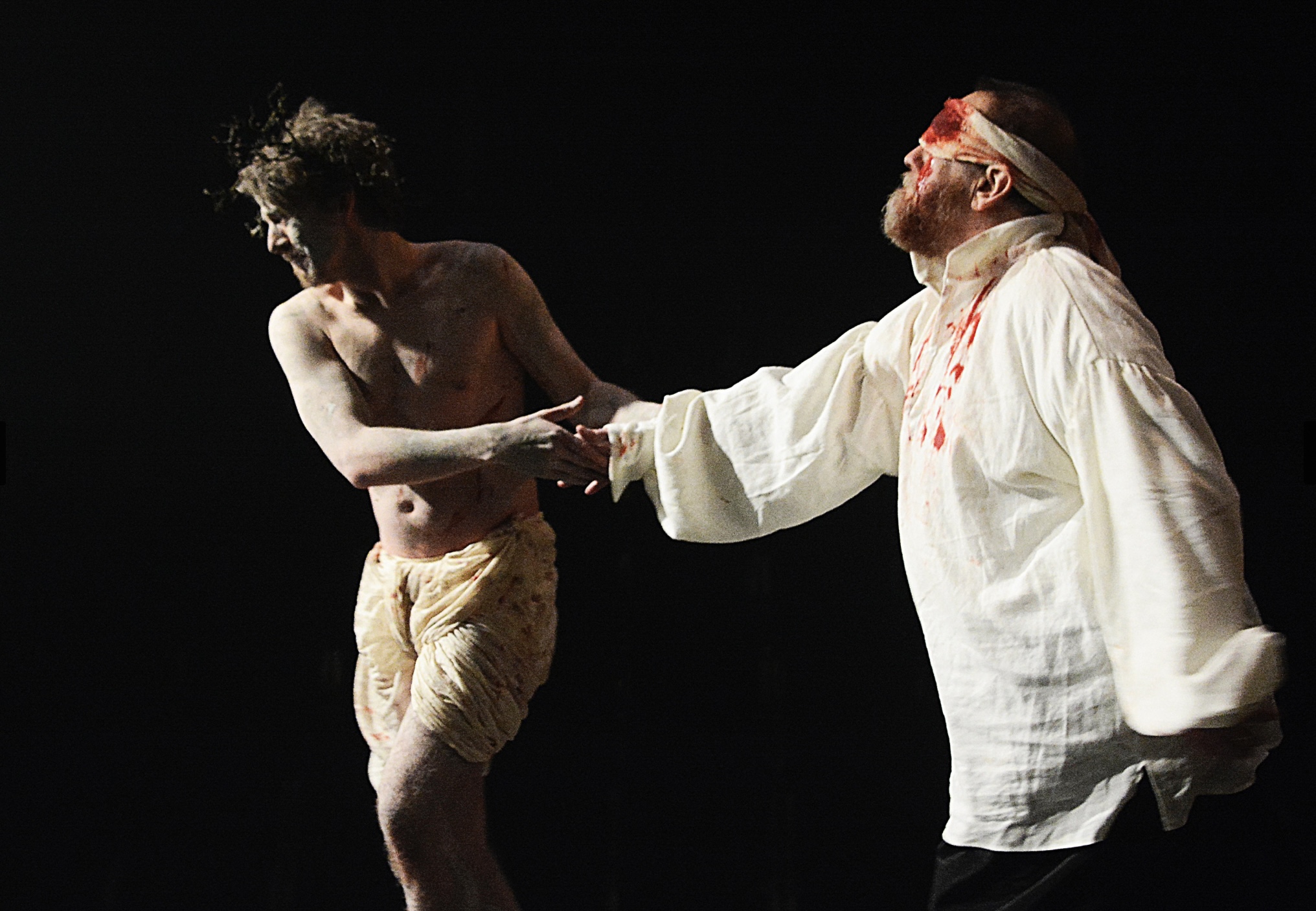 Continuing our consideration of blindness as punishment and moral corrective discussed in Chapters 2 and 3, “Out, Vile Jelly!” is a deep dive into one iconic example of blinding, namely the violent plucking of the Earl of Gloucester’s eyeballs in Shakespeare’s Tragedy of King Lear. With the help of such critics as Harold Bloom, George Orwell, and blind historian and novelist, Jacob Twersky, this chapter considers other such grewsome blindings (Oedipus, The Odyssey), the simultaneous enlightenment and helplessness of the blind man, the strange comedy of the tricking of the blind man’s touch, and the need for blind actors, directors, critics, and professors to help contextualize and give nuance to blind Gloucester on the page and stage.

“Of course Shakespeare’s tone and intent do not make Gloucester comical in a way that can be called humorous. His tragedy is too highlighted for that. He is tragically comical, as is Lear when mad.

“But Gloucester, taken as a representative of the blind, is comical, too, on account of the falseness of his depiction. Possibly, a man very recently blinded, who in addition has other deep sorrows and is in great physical pain, as is the case with Gloucester, may be as confused, as untrusting of his senses, as Gloucester. It is indeed doubtful, but let it be granted that it is possible. Yet since the seeing generally assume that an individual upon losing his sight takes on immediately somehow the characteristics of the blind as a class, Gloucester’s confusion is automatically ascribed to that class. Perhaps that was not Shakespeare’s intention – perhaps he did not assume that Gloucester had taken on the characteristics of a class; perhaps he knew better – but, aside from the slight suggestion in regard to Gloucester ‘s pain, he says nothing to indicate that he knew better, nor to make his audience know better, too. Hence the depiction of Gloucester, coming from a source so greatly looked upon as gospel, has probably done a good deal of harm to the sightless and still can do more.” –Jacob Twersky, Blindness in Literature