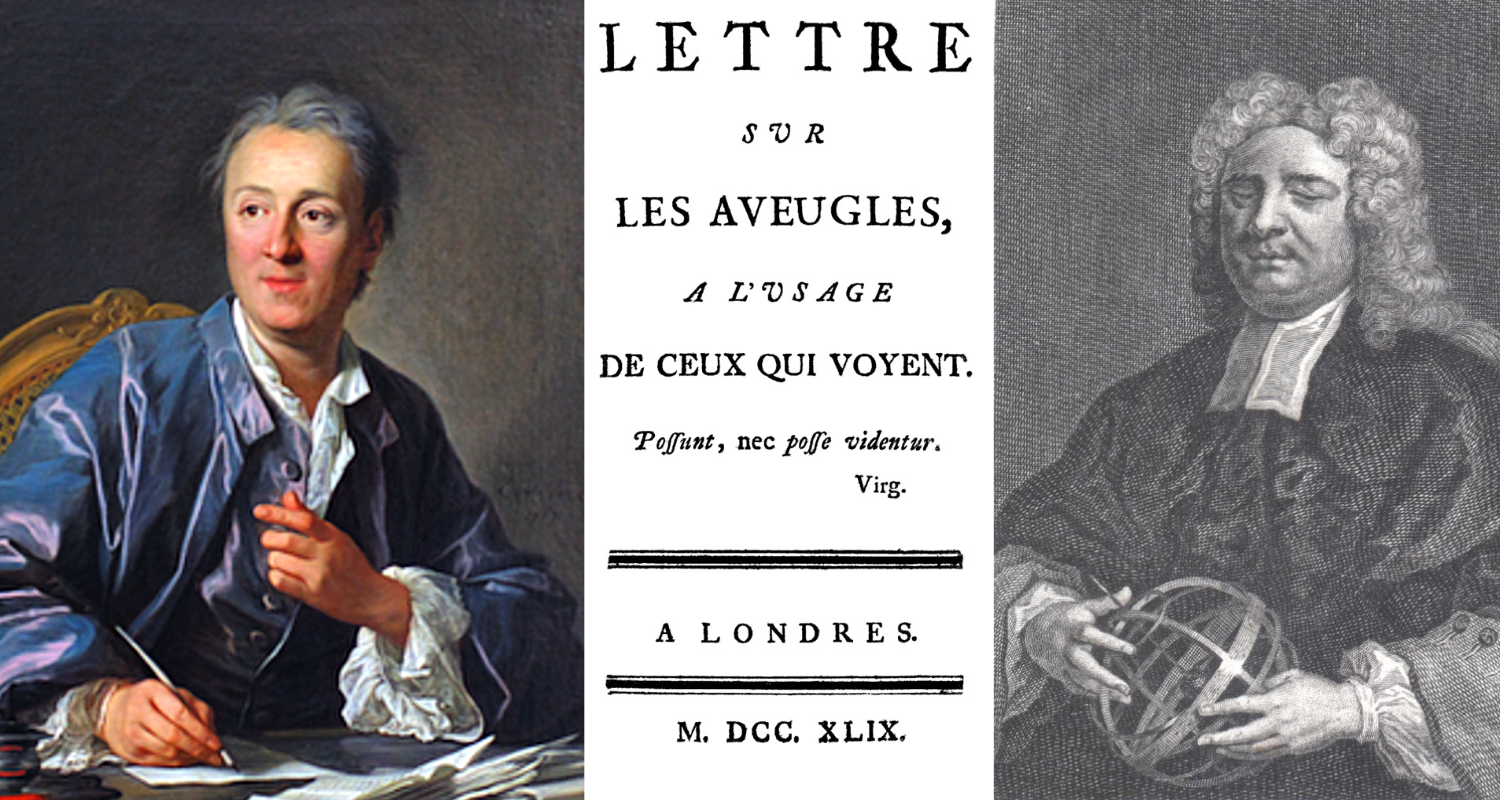 In “Chapter 7: The Molyneux Man,” we investigated the philosophy and science of “restoring sight,” which does not always turn out to be the obvious gift that many sighted (and blind) people might think. In this chapter we move from ideas of giving sight to the blind (as ridiculed by Denis Diderot) to the new enlightenment endeavor of educating the blind.

Although there had been individual blind people, like the English mathematician  Nicolas Saunderson, who had attained education through special circumstances and their own gifts, the systematic education of the blind started in earnest in Paris in the late eighteenth century, the Age of Enlightenment. “Chapter 8: Performing Enlightenment” is the story of how and why Valentin Haüy came to open the first school for the blind in the world…

“People try to give those born blind the gift of sight,

but, rightly considered, science would be equally advanced by questioning a sensible blind man. We should learn to understand his psychology and should compare it with ours, and perhaps we should thereby come to a solution of the difficulties which make the theory of vision and of the senses so intricate and so confused. But I own I cannot conceive what information we could expect from a man who had just undergone a painful operation upon a very delicate organ which is deranged by the smallest accident and which when sound is a very untrustworthy guide to those who have for a long time enjoyed its use. For my part, as to the theory of the senses, I would sooner hear a metaphysician who was acquainted with the principles of metaphysics, the elements of mathematics, and the conformation of the organs of sense, than an uneducated man whose sight was first due to an operation for cataract. I would have less confidence in the impressions of a person seeing for the first time than in the discoveries of a philosopher who had profoundly meditated on the subject in the dark ; or, to adopt the language of the poets, who had put out his eyes in order to be the better acquainted with vision.”

–Denis Diderot, “Letter on the Blind for the Use of Those Who See.”

Featured image description: A painting of Denis Diderot at his writing desk and an engraving of Nicolas Saunderson with a globe flanking the title page for the 1749 edition of Letter on the Blind for the Use of Those Who See, an Enlightenment text whose French title is: Lettre sur les aveugles à l’usage de ceux qui voient.