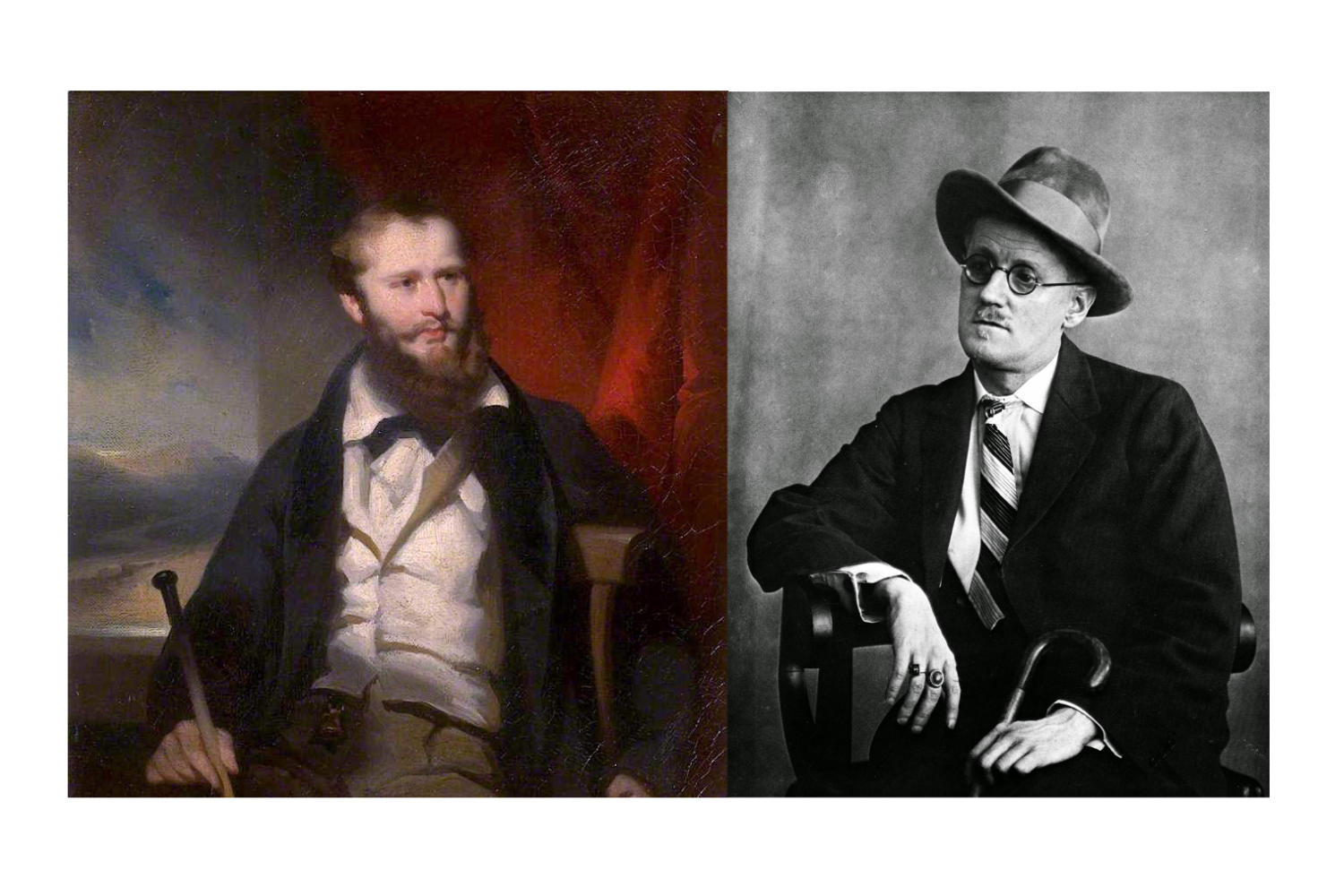 While the previous chapter, “Braille and His Invention,” investigated the history of the tactile alphabet that was so key in blind education, this chapter turns its attention to the low-tech technology of the white cane—as well as the staff and walking stick that were its forebearers. Godin also discusses echolocation as another—traditionally downplayed—tool in the blind person’s toolkit. From James Holman (AKA the Blind Traveler) to James Joyce (author of Ulysses) to Daniel Kish (AKA Batman) we learn how the tap, tapping of the staff, stick, or cane  has a lot of info to convey.

A Joyce reading from TPE

This brief passage describing two blind-curious moments in Ulysses comes From Chapter 10, “The Tap, Tapping of Blind Travelers” of There Plant Eyes…

“Mr. Bloom walked behind the eyeless feet, a flatcut suit of herringbone tweed. Poor young fellow! How on earth did he know that van was there? Must have felt it. See things in their forehead perhaps: kind of sense of volume. Weight or size of it, something blacker than the dark. Wonder would he feel it if something was removed. Feel a gap. Queer idea of Dublin he must have, tapping his way round by the stones. Could he walk in a beeline if he hadn’t that cane?”27

To his final question, I think the answer is obvious: no. The blind stripling needs that cane to tap through the bustling Dublin streets. Bloom’s pity is strong, but his curiosity is perhaps even stronger. And it is this curiosity, this desire to explore the darkness for himself, that allows him to move beyond pity, at least a little bit. Bloom “slid his hand between his waistcoat and trousers and, pulling aside his shirt gently, felt a slack fold of his belly. But I know it’s whitey yellow. Want to try in the dark to see.”28

This yearning to see in the dark echoes the meandering thoughts of the younger of the two protagonists in an early scene in Ulysses, when Stephen Dedalus (analogous to Odysseus’s son Telemachus as well as to Joyce himself) experiments with blindness while walking on the beach. In an attempt to circumnavigate the “ineluctable modality of the visible,” he closes his eyes and uses his ashplant walking stick as a blind man’s cane. “I am getting on nicely in the dark. My ash sword hangs at my side. Tap with it: they do.”29

Even if Joyce felt some kinship with the blind stripling, he was still a sight-oriented person who might think, as Stephen does, of the blind as “they,” as the other. Even so, Stephen notices that the moment he closes his eyes he hears things he’d not noticed before, namely the crunching of rocks under his feet: “Crush, crack, crick, crick.” And then he finds himself contemplating “the ineluctable modality of the audible,”30 reminding us that our perceptions are to some degree a matter of attention, and that the attention itself is gripping.